How Birdies Turned a Stylish Slipper into a Multimillion-Dollar Business

In 2015, Bianca Gates and Marisa Sharkey invested $100,000 of their combined savings to launch Birdies, a slipper startup. Now, with mentors like Sheryl Sandberg and a fanbase that includes Duchess Meghan Markle, they have raised $10 million in funding.

Before launching Birdies, Bianca Gates and Marisa Sharkey were on a quest for the perfect indoor shoe: one that was stylish enough to entertain in, but had the comfort level of a slipper. To their surprise, it was hard to find. “Slippers had always been synonymous with pajamas, and shoes were intended for the outside of the home,” Gates recalls. After 10 years of searching, they decided to do it themselves. The only problem: neither of them had any experience in footwear, manufacturing, or product design. “We literally started by Google-searching ‘how to make shoes,’” explains Gates. First, they bought shoes and took them apart: analyzing different components, deciding what they liked and didn’t like, and how they wanted their new shoe to look and feel. Then, they decided on a design—loafer on the outside, the comfort of a slipper on the inside—and sent the components of the disassembled shoes over to a manufacturer in China.

Nine months later, they launched in November 2015. “We each invested $50,000 [from our savings], which was a lot of money for us,” Gates shares. They soon realized, though, that in the footwear business, $100,000 was not a lot of money. In fact, the majority of their initial investment went into buying their product. Their footwear required overseas manufacturing, and overseas manufacturing required a minimum order. For Sharkey, 45, and Gates, 42, that meant a minimum order 1,800 units. “If you were to make dresses, jeans, or T-shirts, you can make that in your living room or find a seamstress to produce them for you down the street and then scale up from there,” says Gates. “Unfortunately, unlike apparel, footwear it doesn’t work that way.” When the slippers arrived at Sharkey’s front door a few months later, she texted Gates, “What the heck are we going to do?” They had no money left for advertising or marketing and weren’t willing to invest more.

Gates, who was a Client Partner at Facebook at the time, quickly realized that what had started as an idea was now a very real, and very time-consuming, side-hustle. On the day of launch, she emailed her friend and mentor Sheryl Sandberg asking for advice on how to moonlight as an entrepreneur while keeping her day job. Gates was concerned she would lose her job if she was running a company on the side, but Sandberg was supportive. “Her response was immediate and she said, ‘Absolutely not. Cheering you on, and, by the way, I could really use a pair of stylish slippers,’” shares Gates. With 1,800 pairs of shoes sitting in Sharkey’s basement and a very modest-looking albeit functioning website for customers to order from, the co-founders announced on their personal Facebook pages that they were launching a women’s footwear business. “We had some editors reach out, hearing about this sort of ‘social slipper’ and wanting to write stories about it.” The press attracted more customers, and within months, they had sold almost all of their original stock. Gates and Sharkey enjoyed the experience so much, they wanted to do it again.

A year later, Gates was approaching her five-year anniversary at Facebook. “At that time, when you’re in good standing, Facebook gives you two months paid sabbatical, so I decided to take it and throw myself completely into Birdies,” she shares. She wanted to test herself; to see if Birdies could grow and continue to receive success, or if its original run was beginner’s luck. The time off proved worthy as Gates discovered that the more time she invested in the company, the greater traction they had, so by the time she got back to her desk at Facebook, she was already considering turning her side-hustle into her full-time gig.

A few weeks later in January 2017, she received an email that catapulted her decision. “Andy Dunn [CEO and co-founder of Bonobos] wrote ‘$100,000’ in the subject line, and said ‘I’ve been hearing about Birdies all over Manhattan. I think this is going to be huge. I’d like to write you a check for $100,000 to help get you started, and also introduce you to some venture capitalists to help you raise a seed round.’” The email convinced Gates of Birdies’ potential. She didn’t want to take investments unless she was 100 percent invested herself. But before committing to leaving, Gates again sought Sheryl Sandberg’s advice. Gates describes the tear-filled conversation they had in discussing whether or not she should leave her job, but Sandberg again proved to be a great source of support, promising that if all else fails, Gates would always be welcome to return to Facebook. So in the spring of 2017, Gates left her job, and shortly thereafter, she and Sharkey went on to raise $2 million.

"Do not get caught in the hype of raising and spending a lot of money. That is bad business."

Sharkey, who has a background in management consulting and corporate strategy for Fortune 500 retailers, felt confident that her past experience would help them create a budgeting model and develop their business over time, but neither she nor Gates had any experience in fundraising. They began by reaching out to family and friends, and through their network, ended up raising close to $1 million. Dunn then introduced them to Kristen Green at Forerunner Ventures, who asked to take the whole funding round. “We had already committed to all these other people,” Gates recalls. They reached out to their network and asked them to invest less—to turn their $100,000 and $50,000 checks into $10,000 or $5,000—which allowed Forerunner Ventures to step in as their lead. Forerunner ended up investing $1 million, and together with a second VC firm, Slow Ventures, Birdies closed their first round at $2 million in the fall of 2017.

A year later, an investment partner at Norwest Venture Partners reached out. They had been following Birdies’ success and were interested in leading a Series A round. “We were kind of stunned. We weren’t raising money, we weren’t proactively going after anybody and we had plenty of money in the bank.” Still, Sharkey and Gates took the meeting. They found themselves connecting with the partners and quickly learned that the benefits of working together expanded beyond capital. “They help with hiring and recruiting, and all of these processes that businesses need as they grow and navigate the next phase.” After aligning on valuation, Norwest Venture Partners led the A round, with Forerunner Ventures and Slow Partners exercising their full pro-rata. Looking back at the entirety of the fundraising process, Gates reflected, “it’s been pretty easy, which I know is a rare story in this world.” 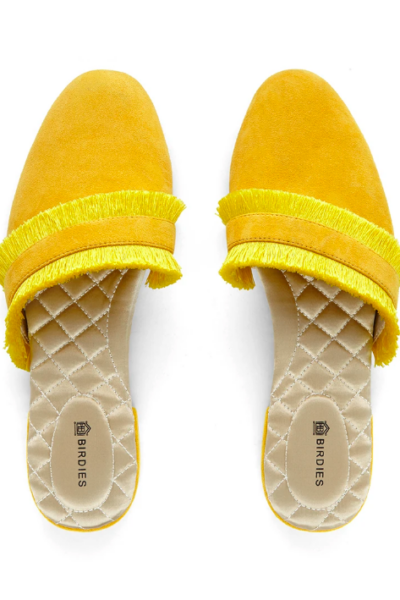 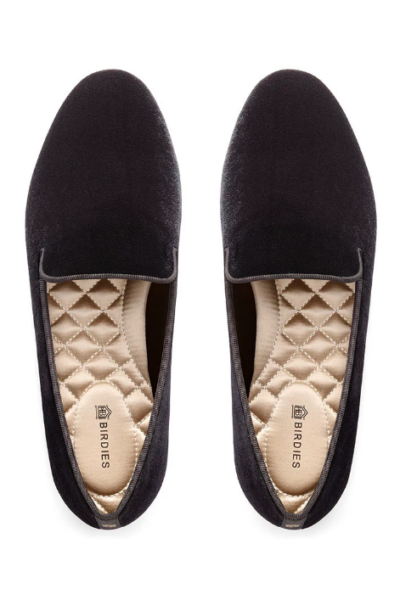 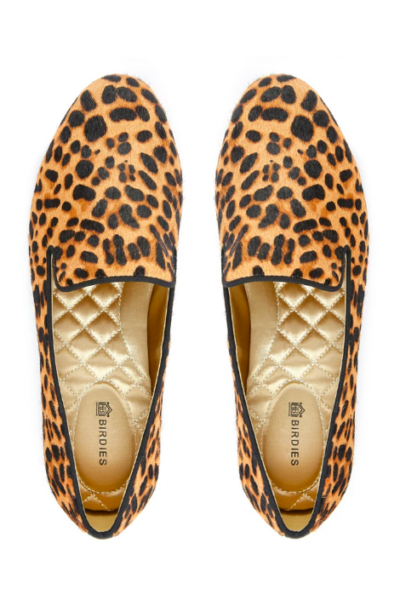 When Sharkey muses on the timing of their outside funding, she considers what Birdies might have looked like if they had raised more capital early on. Perhaps, like many other companies, they would have invested in long-term product development before they launched. “We started with our idea in February 2015, and by November we were selling a product. That’s a very quick product development timeline, so as a result, our first product was not amazing,” she says. But their focus on becoming profitable at first purchase also worked to their advantage, allowing them to attract investors and to become successful. If she could do it again, she wouldn’t change a thing. “We did what was right for us at that stage in our lives, and where we were in our careers.”

Now, with proper capital, one of their most critical costs is personnel. “Bianca and I share the vision of hiring best in class people,” Sharkey explains. Investors help them map out what other like-minded businesses are paying their employees so that Birdies is able to pay competitively, but Gates thinks that attracting the best employees extends beyond salaries. “The draw is our mission and the opportunity to work for a company that has a greater purpose.” For Birdies, that means lifting up and supporting all women by working with nonprofit organizations, such as Project Glimmer, that give back to women.

🍃 At the beautiful Redwoods Forest in Rotorua, home of treewalks, mountain biking and 100-year old trees — The Duke and Duchess of Sussex visited the spectacular Redwoods Treewalk in Rotorua, a series of suspension bridges traversing the gaps between its majestic trees, each with their own living deck to ensure viewing platforms adapt to the trees’ rapid growth without any harm. #RoyalVisitNZ #NewZealand #Rotorua

Of course, the Birdies success story can’t be told without discussing one of their most important customers: Meghan Markle. In the early days of founding Birdies, Gates and Sharkey had decided they would send out a single pair of shoes to one influencer whom they felt embodied Birdies’ brand and was aligned with the mission of helping women soar. Inspired by her elegant aesthetic, they sent Markle—a relatively unknown actress on Suits at the time—a pair of slippers, and she quickly posted a picture of the slippers on her Instagram. The irrefutable impact Markle had on the brand, however, came when she was photographed wearing her Birdies in the Redwood forest, shortly after announcing her pregnancy in October 2018. “We ended up having a 30,000 person waitlist. It set a new bar for the baseline of our business,” shared Gates. “We are incredibly grateful to her.”

In just a few short years, Birdies has grown to a $10 million-backed business, something neither of them could have anticipated. “It turns out women love fashionable and comfortable shoes,” jokes Gates, “Who knew?” Like most businesses, Birdies had to rethink their strategies following the impact of COVID-19. They were forced to scale back on marketing and advertising spends to save money, and had to get creative in finding new ways of reaching their community. They launched an initiative to donate Birdies slippers to healthcare frontline workers and began working with influencers who were making a positive impact in the pandemic. “It generated a lot of attention for our brand,” shares Gates, “because it was more authentic and organic.” Reflecting on their own journey, Gates and Sharkey have this advice to offer women who are looking to start their own companies: bootstrap for as long as you can. “Be scrappy, do not overspend. Do not get caught in the hype of raising and spending a lot of money. That is bad business.” 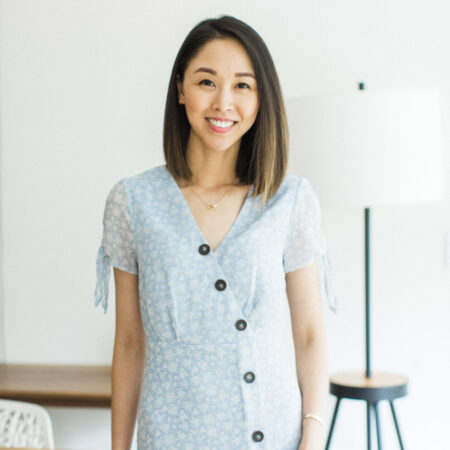