From War Zones to C-Suites, Pat Mitchell Fought on Behalf of Women. A New Memoir Revisits the Ceilings Smashed Along the Way.

Pat Mitchell was the first female President of Turner Productions, CNN, PBS, and the Paley Center for Media. She won 37 Emmys, 5 Peabodys, and received two Academy Award Nominations. Currently, she chairs the Sundance Institute and Women’s Media Center boards and is a trustee of VDAY, the Skoll Foundation, and the Acumen Fund. But who is Pat Mitchell? In her memoir "Becoming a Dangerous Woman," the world finally finds out.

You’ve spent your entire career working with and convening some of the world’s leading thinkers and doers. If you had to identify a core set of principles, values, or characteristics that they embody, what would those be?

I admire and want to work with people when I know what their values are. I don’t have to try and figure them out. I know that they value truth and, they value friendship, and they value loyalty. And they are generous people, and that’s not just with money but with their spirit. My friend Carol Blatt divides the whole world into two different kinds of people: the fountains and the drains. The fountains, when they walk into a room, you feel their warmth, their spirit, their energy. And others, it’s just the opposite. I was at PBS when she told me that, and I decided the minute she told me that I was going to re-evaluate my senior staff on that basis. And I did. I let a lot of people go because of it. The difference was amazing. You know who else I admire? I admire people who are absolutely clear. Like my friend Ruth Ann Harnisch. She’s one of the most authentic, unapologetic, absolutely truthful women I know. You never see her struggle to answer a question. I think most of us are not so clear all the time, including me. I’m getting much clearer, though. That’s why I’m more dangerous. I have much less confusion about whether I want to be a journalist or an activist or an advocate. I’m much clearer about all of that now.

I want to to do what makes a difference because that makes me feel good. I didn’t always do that. Sometimes I did the thing that made me fit in, the thing that would mean I was accepted.

I admire people who are absolutely clear... I'm getting much clearer. That's why I'm more dangerous.

In your book, you use the word determined when describing women who create change. It was was the only adjective you used repeatedly. How do we move women from apathetic to absolutely determined to create change?

It’s easier not to be. It’s easier to settle and think, “I can’t fix that so that I won’t go there.” Determined for me, is purpose and passion. You have to have both; you have to absolutely believe you can make the difference and not be willing to give up. I had to be that way, or I’d still be in Swainsboro, Georgia. I had to convince everybody every day of everything I ever wanted to do.

To that end, you’re in your mid-70s, helming a number of high-profile boards and global convenings, writing books, and traveling the world speaking. There are only a handful of people I can think of at a similar life-stage who are thriving professionally in the same way. Is there anyone you’ve looked to who has modeled that for you?

I’ve actually never looked for role models, and I tend to hate questions like “who do you admire?” or “who do you want to be?”… I admire an enormous number of people, but I don’t want to emulate them.

Do you think there’s freedom in that? The blank canvas?

Well, I didn’t have it, so I couldn’t look up and say, “that’s what I want to be.” Because I didn’t want to be the men and when I was on the fast track at the network, and I would look up, and I would see Barbara Walters or the two or three women that were there, I didn’t want to be them either. I wanted to do much more interesting stuff than what I thought they were doing. So I left. And everybody said, “well, you can’t jump off the fast-track,” but I did. Because I didn’t want to be that, so, now I don’t look and say, “I want to be that person,” but when I really think about who I admire, it’s not any of the names you would expect. It’s Christine Schuler Deschryver in the Congo. It’s Agnes Pareyio in Kenya. It’s Catalina Escobar in Colombia. Those are the people that I am in awe of. I would love to have Melinda Gates’ money (ha!). Every day, I am more impressed by what she’s doing with it, so that makes me feel good about the fact that she has it.

I had to convince everybody every day of everything I ever wanted to do.

What do you think is the biggest misconception about you?

Probably that I’ve always had it easy; that things come easy to me. And that I don’t worry. I’m a big, big worrier.

Speaking of, there were deeply personal traumas that you disclosed in the book for the first time. I would imagine it was a huge decision for you to tell your whole story. Are you glad you did it?

I am glad I did it because already, less than two weeks in, at every reading, I’ve had at least five or six survivors of incest or survivors of childhood abuse come forward, and many of them have said, “I’ve never confronted it” or “I’ve never faced it, and I can see the damage in my life.” So, the fact that I can write about it and talk about my recovery… I’m trying to hold onto that because it’s been a very tough thing personally. Fortunately, my son, who I was the most worried about, said an interesting thing after reading it. He said, “well, this explains a lot.” I think for him it answered a lot of questions.

Did you always know that it would be part of the book?

No, I was definitely hesitant about it at first. But it was a four year period writing this book, and it wasn’t in any of the drafts until I started working with my editor Betsy Rapoport. Betsy, without pushing, would talk to me about what I wanted the response to the book to be, and one of the things that I would say is that when I mentor young women, they look at me and think “you had it all figured out.” But I didn’t have anything figured out; I was in my mid-40s when it all came to a complete and total stop. Life just stopped, right at the zenith of it all. And Betsy said, “I think you have to share that.”

It was really brave.

You know, it was Betsy’s encouragement, but then it was Christine and the women in the Democratic Republic of Congo, sitting with them and listening to them. She said, “I don’t want to keep asking these women to retell the horrible stories of what happened to them, but there is one time when you have to say it. You have to say it, and own it, and feel it.” And that’s the first time I had said it out loud; in Congo in one of those circles. And I just realized that that was so important to me: to be able to not be perfect. 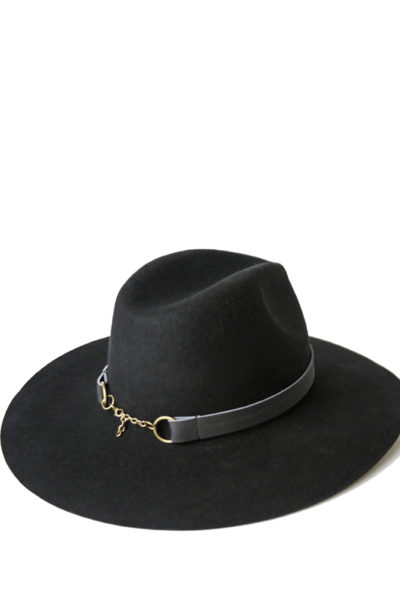 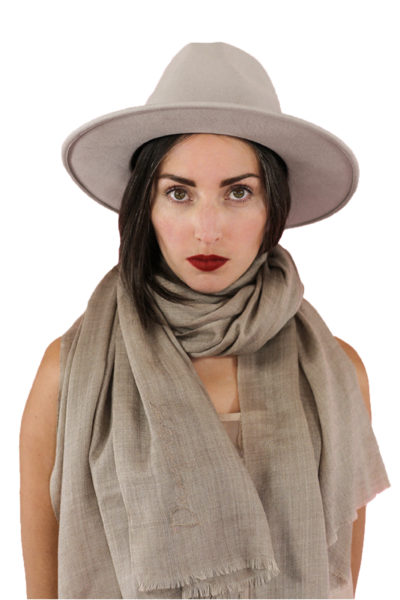 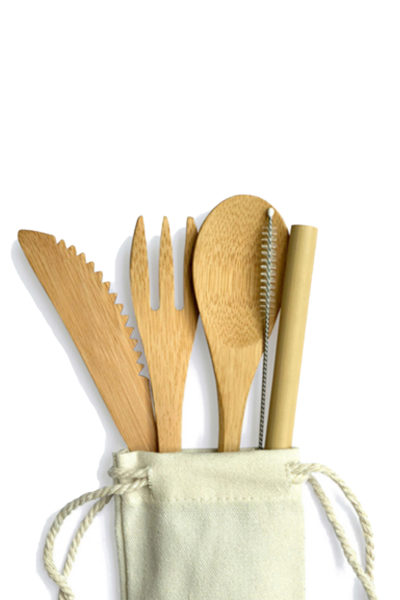 If you had to choose the most defining moment of your career, what would it be?

I actually think the one that changed my life the most was the decision to go to work for Ted Turner. It took everything I was doing to a whole other level. I was in the major leagues with the big guys.

By virtue of the fact that you were often the first or only woman, the majority of people that seem to have had the most effect on your professional development were men.

Yes, because they were the bosses—there were no women—but they didn’t have the greatest impact on me. I learned a lot about leadership from Ted Turner, but I didn’t really consider him a mentor. The people I feel were my support, my advocates, my network, those were always women.

And I just realized that that was so important to me: to be able to not be perfect.

Was there a woman who was a mentor in that sort of hierarchical way, or was it mainly peer-to-peer?

It was more peer-to-peer because there were no women in power! There was a woman in Boston who was older and more experienced, but she was the only woman who I ever worked for in television. There just weren’t any. I always had a male boss.

So, in your entire career, you only ever worked for one woman?

Except for the time I ran my production company, which was all women. I mean, when I realized that I could run a company that was all women and has women as partners, that was heaven to me. I felt completely aligned in everything I was doing: the content, the partnerships, the production, everything. I knew that was where I flourished. When Mary and I had our show Woman to Woman we were the owners. We owned the company, and it was all women. That was really nirvana. I discovered early on that I loved working with women, but I couldn’t decide I loved working for women because there weren’t any.

How do you invest in women around you?

Right now, I love investing in the women behind our collection! Women like Gigi Pip who made our hats.

What’s the one thing you wish people knew about you?

That I’m fun! And that I love to dance.

What’s been your proudest moment?

I really hope I haven’t had it yet! I really do.

*For more on Pat Mitchell, you can watch the interview below.* 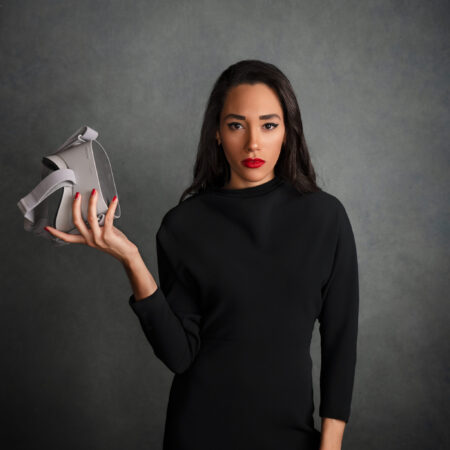 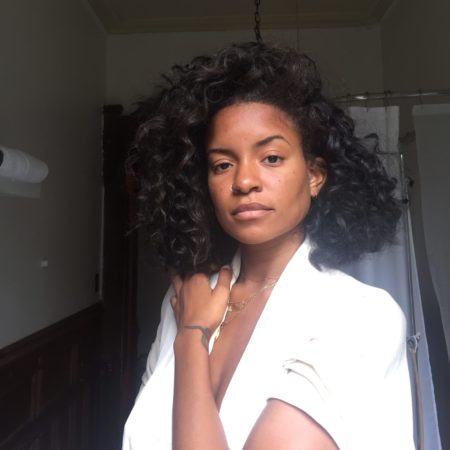 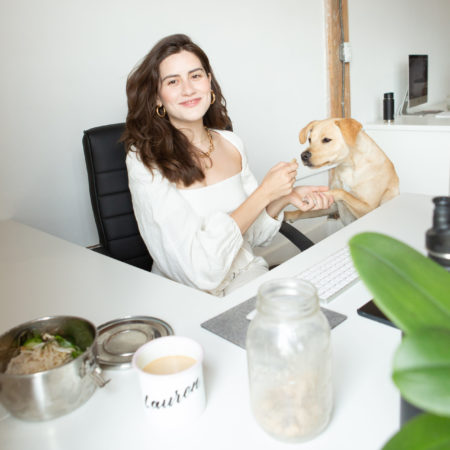