This woman is on a mission to change how women feel about their voices.

The Helm sat down for a conversation with Veronica Rueckert, author of the new book, Outspoken: Why Women’s Voices Get Silenced and How to Set Them Free, to talk about the history of silencing women’s voices — with examples from the cubicle to the Supreme Court bench — and where we are now.

The Helm: Veronica, you open the book by talking about the revelation you had while watching The Little Mermaid with your son. Can you talk about that?

Veronica Rueckert: My son loved the movie, and I’ve always loved this story. But I realized what a horrible idea this was for a woman to give away her voice and to knowingly trade away something that brought her joy. I believe the voice is the self — it’s who we are and it’s a true expression of everything that we’ve experienced, everything that we love, everything that we’re becoming. What do you have if you can’t express yourself in the world? For me, the moral of that story is never give away your voice. And I carry that with me.

The Helm: Tell us about the connection between a woman’s voice and the way we feel about ourselves.

Veronica Rueckert: Women have been forced into this dysfunctional relationship with their voices. There is so much criticism leveled toward every part of the woman. And it’s always open season on women’s voices—women’s voices are grating, they are shrill, they are not authoritative enough, they’re hard to listen to. The list of adjectives is staggering and super depressing. That’s one thing I want to make sure my book conveys—it’s not women who are “doing it wrong”—that if only they could learn how to talk right then something magical would happen and they would be heard. That’s not it. It’s really about reclaiming the voice and learning to love it despite all of this pressure not to. I teach these workshops, and I always start with a show of hands. How many of you love your voice? And almost nobody ever raises their hand.

The Helm: One of the quotes from the book that really resonated with me was “to be a good girl is to be undisruptive.” Can you elaborate on the history of that belief and where we are now?

Veronica Rueckert: There is a long history of the good girl. The good girl is synonymous with being the quiet girl. So, the good girl does not make waves, she does not raise her voice. If you look at the Bible, it privileges a silent woman. A woman’s place is not to speak. And you also have Aristotle who says, “Silence is a woman’s glory.” For some reason, a woman is supposed to be glorious while she sits there mute. I don’t really know how that’s possible. There’s incredible vitriol that’s directed at women when they do speak in a way that may be challenging to authority—they really get pilloried for it. It’s a mistake to think the job is done. We’re fighting for every word and if we forget that, we risk what we’re fighting for.

The Helm: You write about the history of physically silencing women’s voices going back to girdles and shapewear and now Spanx. Can you tell us a little bit more about that and how you see its evolution? How are we doing now?

Veronica Rueckert: We’re obsessed with these foundation garments that have one purpose: to make women smaller. If we trace this all the way back, you can look at the 1700s, 1800s when corsets were the rule of fashion, and women wore them to extremes. Things really haven’t changed. The goal is the same—to make women smaller. But there’s an incredibly high price tag that goes along with those garments in that we compromise our own voices. We have to expand the belly in order to take a foundational breath that will fortify us, that will calm our anxiety, that will help us be at home in our own skin, in our own voices and speak with strength. These garments literally prevent women from expanding their bellies and that chops off the voice at the knees.

The Helm: You write about cubicle voice. Can you explain that term and talk about the chilling effect of it?

Veronica Rueckert: I had a client who came in and had this very hushed, papery voice, and I was trying to figure out where it came from. Finally, I asked her, “Do you happen to work in an open office space?” She said, “Yes, I do. And I feel like I’m always kind of having to keep it down. I’m really conscious not to disturb.” You put a woman in these open office spaces where in addition to all of those layers of cultural pressures to be silent, they feel they also have to keep it down so they don’t disturb anyone. It’s terrible for the voice.

The Helm: You’ve analyzed how female Supreme Court justices have changed the way they speak over their time on the bench in order to sound more like men.

Veronica Rueckert: This is fascinating research out of Northwestern University’s School of Law. When female U.S. Supreme Court Justices were early on in their terms, they would couch what they’re going to say during oral arguments  in polite language. What they seem to have discovered, whether or not this was conscious or not, was that they got interrupted. If you look at the way it evolved, the women on the court have learned to talk like men as time went on. So that means they just cut right in, said what they had to say, and then got out again, and then they got interrupted less frequently. We’re in this liminal period right now where women are not there in numbers as great as men in corporate leadership, in politics, in Hollywood, and so women do adapt, and one of the ways they adapt is by talking like the guys. It’s both inspiring to me because it shows our resilience and their resourcefulness. But it also makes me a little sad, because they had to change the way they spoke in order to be heard.

As we see more women in leadership, and in those positions of power, we're going to see more diversity of voices.

The Helm: Do you think we’ll get to a point where women don’t have to do that?

The Helm: Can you share the most important exercise that a woman can do to start claiming her voice?

Veronica Rueckert: The most important thing is to start making friends with your belly. Let it fill with air. When you breathe, the shoulders shouldn’t hunch up, that’s a sign of tension, the chest should not heave, just the belly moving with ease. Roll the shoulders back, and when the belly expands, let it out. I encourage women to unwind, de-pretzel themselves, and make peace with their belly. And you know what? Who cares if it’s an inch puffier than it would be, that’s because you’re breathing. That’s what is supposed to happen when you breathe. It’s a good thing. And I think as we begin to do that and take up that space, we will also take up more space with our voices.

Invest in a woman. Grab your copy of Veronica’s book here.

Made by women, for women 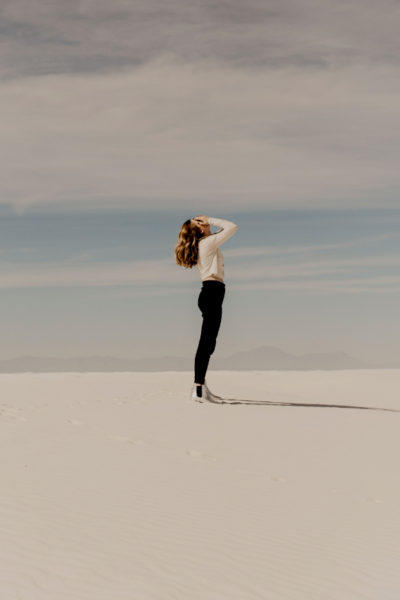 Trending on The Helm

Interviews, Women at The Helm

Interviews, Women at The Helm 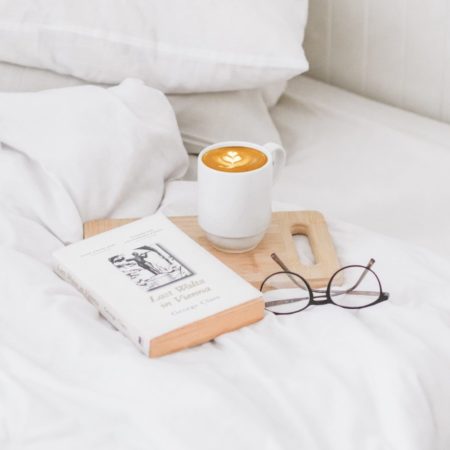 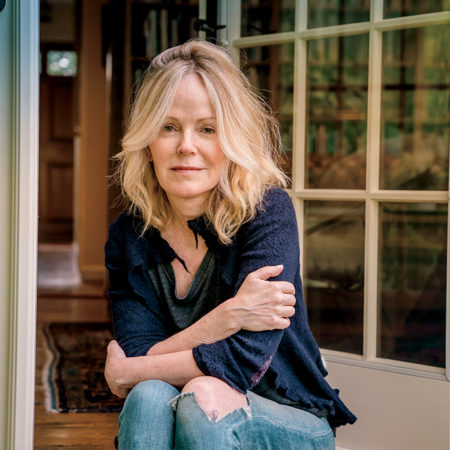 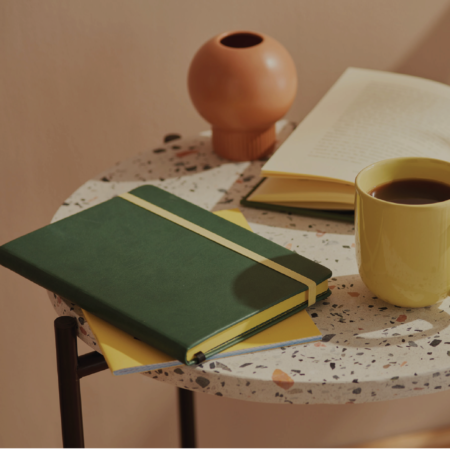 For Women, By Women

Shop fashion at The Helm

The Helm's first round of funding went to eleven startups led by inspiring female founders.

Learn About Our Portfolio