From adopting to living child-free and raising differently-abled and non-binary children, five women delve into their personal relationship with motherhood.

By The Helm Team

This month marks the six-year anniversary of my becoming a mom; on July 17th, 2012, my child came into the world—out of another woman’s body.

In the case of most adoptive parents, adoption is plan B, something they turn to after attempting to have or having biological children.  Which is why my wife, Jill, and I—who only ever considered adoption—are often asked: “You didn’t want to try and have your own kid first?”

When it comes to parenting, I’ve learned that our culture leans heavily on biology in crafting its understanding of what it means to be a parent, to be a mom in particular.  So many of the casual, conventional ways we speak about motherhood assume that a biological connection is at the core of what we do; that we love our children because they are “ours,” that we intuitively know what they need because they grew inside of our bodies.  This may be true for many, or most biological mothers—I have no personal point of comparison—but it’s not the only way that motherhood can look.

In ascribing so much of what it takes to become a parent to biology, we erase the work of parenting and limit our understanding of who can perform it.  After all, biology is no guarantee, as anyone estranged from a biological parent or family member knows. The emotional, physical, financial, and spiritual work of motherhood, the effort and commitment that you choose day after day (or sometimes hour by hour) transcends genes and blood types.

— Nishta is a teacher, board member for Just City and author of two books The Pomegranate King, and Brown, White, Black: An American Family at the Intersection of Race, Gender, Sexuality, and Religion which you can pre-order here.

Char Adams: On Opting Out

I come from a big family. I grew up with several siblings and, with a close-knit extended family, there were always cousins, nieces and nephews running around our home. As a young girl, I’d always imagined children in my future. Granted, I knew very little about being a parent or giving birth, but I just knew that I’d be a mother someday. Woman equaled mother, or so I thought. It wasn’t until my late teen years that I began to envision a different future for myself.

For a long time, I hid these thoughts from my mother, the other women in my family and friends. Somehow, I knew that my lack of desire would bring shame. For women, motherhood is taught to be the natural order of things — the ultimate aspect of womanhood — and women who stray from this order are shunned and devalued.

In recent years, I’ve finally been able to admit out loud that I don’t want to be a mother, and don’t desire to have children. Naturally, I’m met with common (sexist) responses including “You’ll change your mind,” “What if your husband wants children?” and “What kind of woman doesn’t want kids.”

It hurts to hear these things. It hurts to constantly defend my autonomy. And as a Black woman, there is a two-fold bond of oppression. Many in the Black community have condemned my decision to remain childless, believing that it is my duty to create Black children for the sake of our race.

Freedom seldom comes without struggle. But defending my position has helped me to stand my ground, and has only reinforced my decision. However, I’ve learned that I don’t need to answer obtuse questions and explain why I don’t need to be a mother to be a woman. My decision is enough for me. It is no one else’s, but my own. My womanhood is not defined by what I birth, but who I am.

— Char Adams is a reporter with PEOPLE Magazine, with her work also appearing in Teen Vogue, Bustle and more. Visit her website TheStutteringJournalist.com.

Though it was apparent from the time our son was little that he was on a unique developmental trajectory, I spent years trying to will him and his behavior into the ideals I had about what constituted a happy childhood.

Intense, strong-willed, and precocious—he would eventually be identified as having ADHD, Asperger’s, and giftedness—I worked hard to fit my square peg kid into the round hole. But whether it was Little Gym classes, summer day camps, or neighborhood playdates—things went off course more often than not. And that’s when the fear, panic, and overwhelm would set in.

I looked for solutions to things that weren’t working so I could get us back on (my) track. After all—I had work to do, a career to build. I needed our boy to go with the program.

Yet, as I realized painfully over time, going with the program wasn’t really an option for him. And trying to fit my boy into the box was doing him a huge disservice.

Finally, after struggling through several schools and trying to structure our lives according to my agenda, I raised the white flag and surrendered. I leaned into who our son actually was, with all of his deliciously awesome quirks and tremendous gifts and strengths. Instead of trying to get him to conform, my husband and I created a world where our son could feel secure about who he inherently is.

In the process, I learned a lesson that would shift everything for me and my family: In order for me to parent my child in a way that would help him and our family truly thrive, I needed to be willing to challenge all my preconceived notions and accept that my child’s life, as well as the vision I had for who I would be as a mother, wasn’t necessarily going to be what I expected. And that was okay.

In fact, as it turns out, it’s better than okay.

— Debbie Reber is a New York Times bestselling author and the founder of TiLT Parenting, a social media community for parents raising children who are differently-abled. Read her latest book, Differently Wired: Raising an Exceptional Child in a Conventional World

Giving birth was the easiest part of becoming a mother. Our boys, born 22 months apart, turned our lives inside out.

Along with our second child I also started a design and retail business. Unlike child birth, the start up years of being an entrepreneur were incredibly hard work. Coupled with 2 children under 3, the treadmill never stopped.

First, my husband got an opportunity with a large multinational company . Suddenly we were moving cities and countries constantly. Before our boys turned 10, we had lived in 3 countries, 5 cities, and they had attended 6 different schools. However, raising kids in a new environment without any support system, made us a tight knit family unit.

The second event was a stage 3 cancer diagnosis. Who knew how fallible we really are? Through treatment and surgery, keeping the family cheerful and maintaining normalcy turned into a invaluable life skill. I learned to pay it forward. For the sake of the children, I took to helping and supporting families around us wherever we were. I figured that way, someone would take care of mine if I were not there.

In high school our boys came to us one day with a homeless refugee child. Taken by surprise, we agreed to support him for a few months. Months turned to years, school became college and we continue to foster, support, and encourage our Liberian child.

From him we learned that not every child has parents or a home, and the lessons that a family teaches you cannot be learned elsewhere. Trying to mother him was bewildering, often heartbreaking and yet how can I not love a really good child?

Our own boys learned the value of the unconditional love they had received when they watched him struggle to deal with a family completely foreign to him.

I realize now that money and material things come and go, but the only thing that endures is a loving family.

— Ziya Tarapore is a studio artist based in New York. She is passionate about incorporating color into wood and dye. You can see how she manipulates paper using color and texture here.

When I first became a mom, I went to a kids birthday party, where some older boys were dressed as fairies and princesses. At the time, I thought it strange to “allow” little boys to run about in girl’s dress up garb. But then I had my second child. They say you don’t get to choose your family; but I think our children choose us for reasons that may take us a while to figure out, but that ultimately make us better humans.

At age 3, my son’s wardrobe almost exclusively consisted of Disney princess dresses. Suddenly I was the mom at the playground of a boyish-looking Elsa, or Belle, or Rapunzel (depending on the day), in torn jeans and beat-up sneakers. I instantly became wildly defensive of my son, and actively sought out anyone who so much as looked at him the way I looked at those boys at the birthday party a few years before. I armed my own babysitters with canned responses for the nannies who occasionally clucked in disapproval at the boy in the pink leotard, slippers, and tutu in ballet class (the only boy in ballet class). I yelled at my older son and his friends for making fun of his brother for his love of dresses, and fairies, and dolls. When my son asked me, one day, to draw him as a girl; I dove into the admittedly, terrifying possibility that my 3-year-old may not feel comfortable in the body in which he was born.

Looking back, I think a large part of me was waging war against my own uncomfortable feelings about how I thought we would be perceived in public for being different. Thanks to living in a pretty progressive Brooklyn neighborhood, the hordes of Gender Bullies I thought we would encounter, for the most part, did not materialize.

At age 4, my son still loves his tutu, his ballet class, and the occasional nightgown. He self-identifies as a boy who enjoys Barbies, ghost stories, and Transformers. This is not a “happy ending,” as I (try to) have no preferred gender for my children—it is just where we are. I learned that a mother’s love doesn’t have to look like militant defense. And that before I can defend my child against people who judge him (real or imaginary), I would first have to come to terms with the possibility of my own deeply ingrained biases. This is my work, as a mother, and a human, and I am grateful to my son for opening my world to the parts of me that very much need growing.

— Alexis Barad-Cutler is an author, writer, and the founder of  www.notsafeformomgroup.com — a destination for boundary pushing topics on motherhood. She also creates content for sites like Fatherly, Hey Mama, Well Rounded, and Mindr, among other places that cater to the parenting set. Find out more at alexisbaradcutler.com.

Made by women, for women 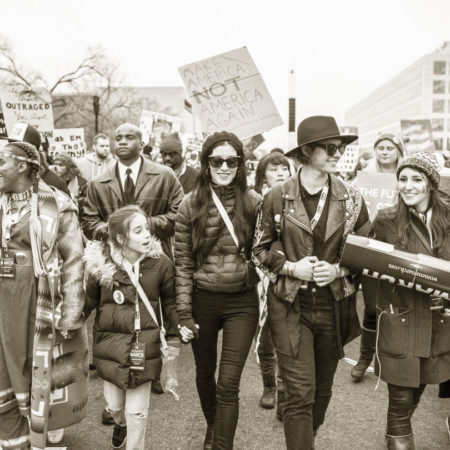 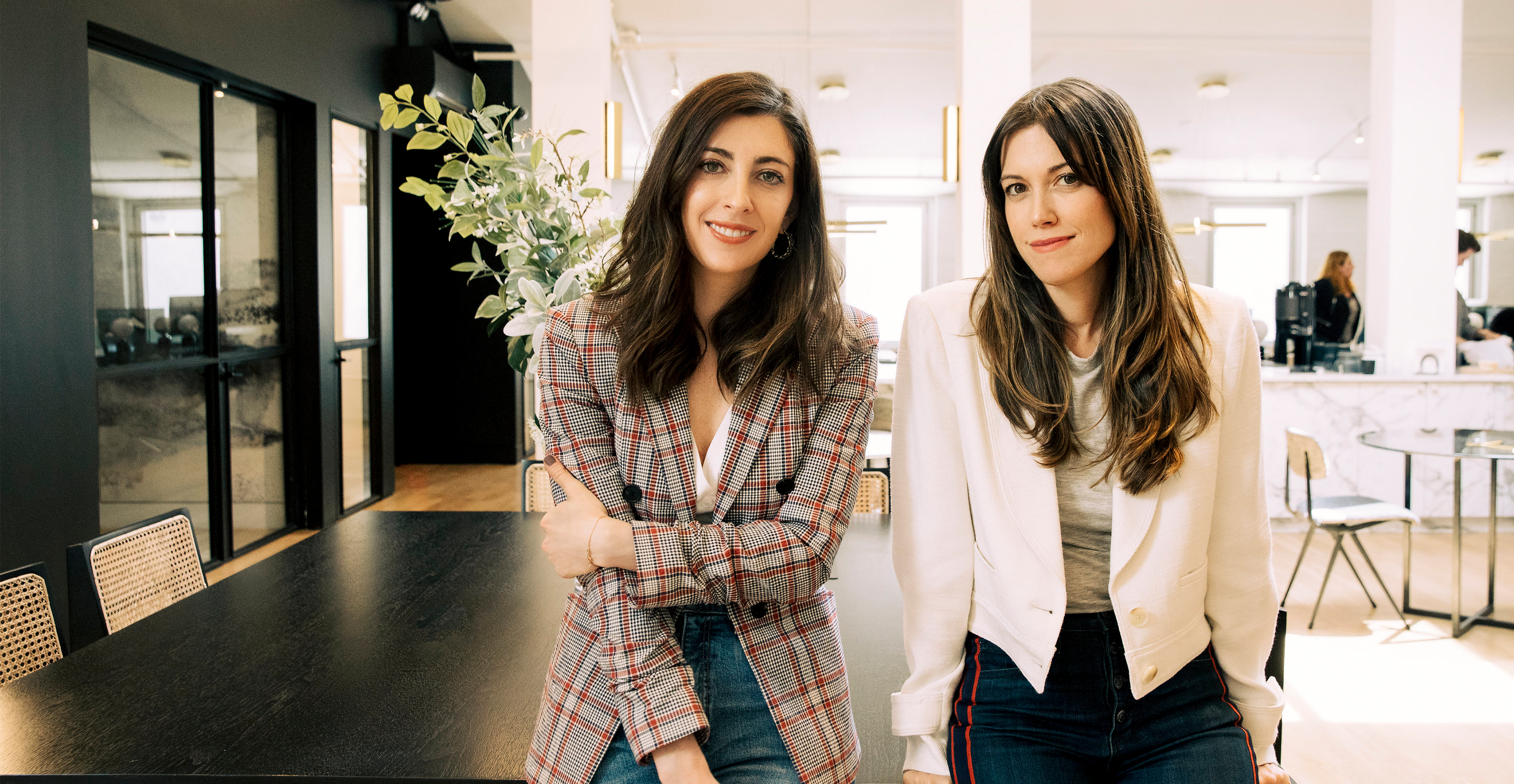 Rising Together: How a Chic New Community is Redefining Working Motherhood 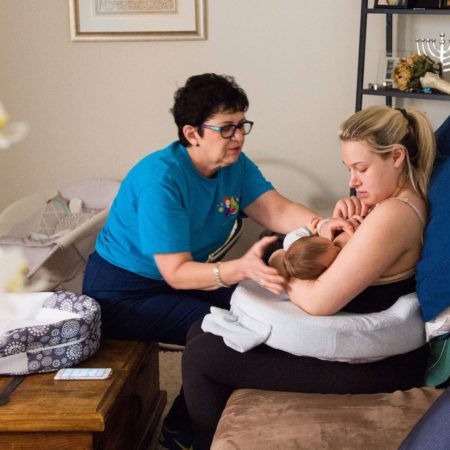 How a Mother-Daughter Team is Revolutionizing Maternal Health Care